Workers, activists, and residents across the city are coming together to support Illinois HB 1290, the #WorkersFirst Law. The goal of the Workers First Bill is to give workers the ability to recover their wages after a judge rules that they were robbed of what they are owed. Resource Generation can take a stand with the immigrant, African-American, other people of color, and low-income communities most heavily impacted by wage theft--and who are also most often left out of legislation meant to ensure decent standards of living and fair wages--by joining together to put #WorkersFirst. 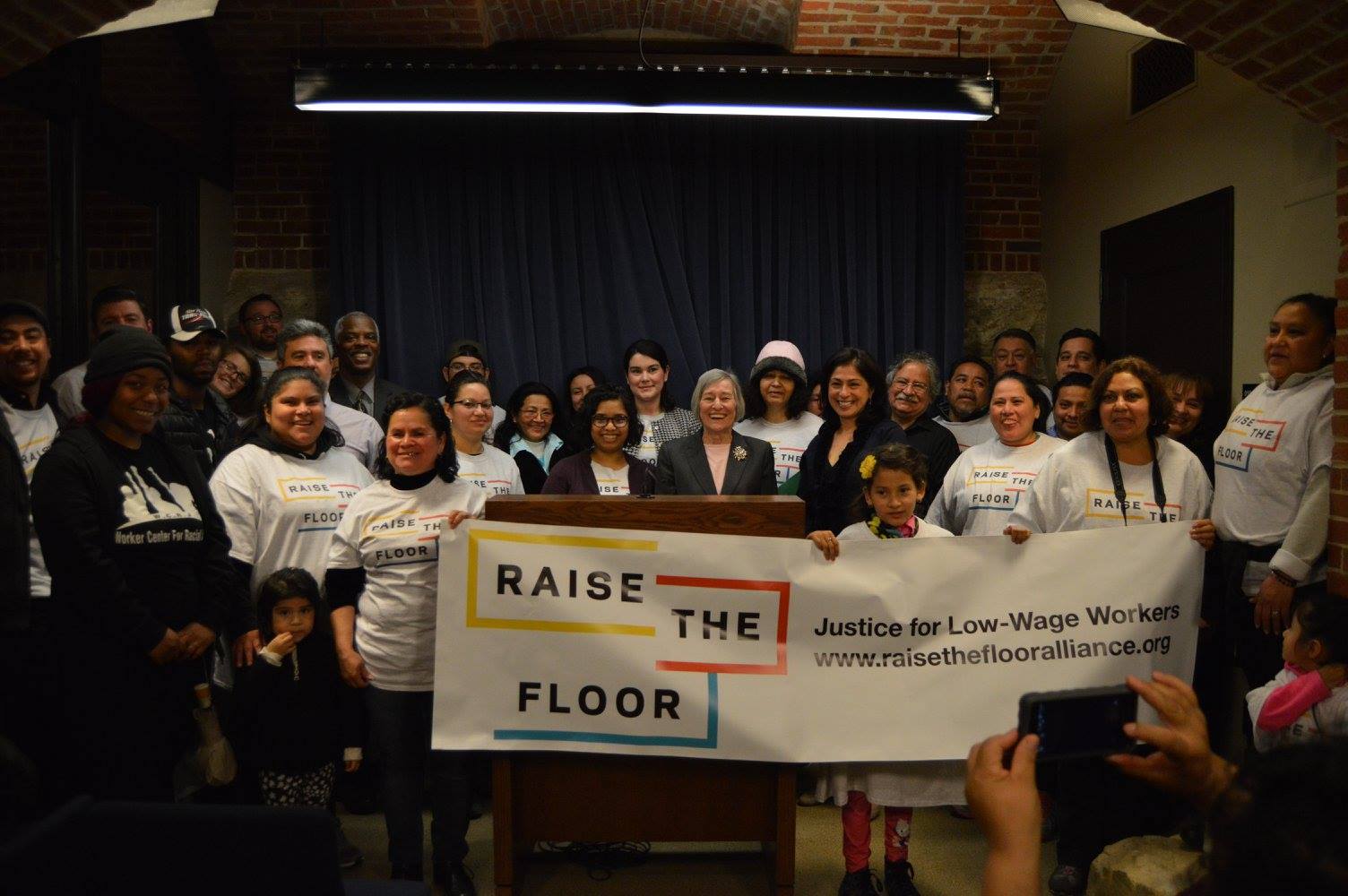 Why Does It Matter?

In Chicago and throughout the country, workers across industry are routinely denied tips, aren’t paid for working “off-the-clock,” don’t get overtime compensation, are never reimbursed for workplace costs, and are victims of a host of many other fraudulent employer tactics to keep “business costs” low.

Yet the worst part is that it is increasingly difficult to hold employers accountable: Workers who were robbed of wages have no right to the amount they’re owed until a judge rules in their favor—a process that often takes 1 to 3 years. In the meantime, bad employers abuse the system and transfer assets to other family members, close, or file for bankruptcy. So even when the judge finally does rule in the worker’s favor, there is often no way for the workers to collect any money whatsoever.

What Does it Do?

Workers need a tool to protect themselves from bad employers and to collect wages stolen from them.  HB 1290 would put #WorkersFirst in the employer’s bankruptcy process, and prevent bad employers from transferring or selling their assets while they are in court for wage theft. The law would allow workers to secure their interest in a bad employer’s assets at the moment a wage violation occurs: This means that workers would have 3 years from the time of the violation to record a lien, ensuring that, after a judge decides their case, the worker can collect their stolen wages through that recorded lien. If their employer tries to file for bankruptcy, the worker with a wage claim becomes a secured creditor.

The 8 Chicago-area workers centers who make up Raise the Floor Alliance ask members of Resource Generation to sign on to our advocacy efforts to put #WorkersFirst. HB 1290 is a step in the right direction for restructuring our economy for an equitable world, and would be a major win for workers throughout Illinois. Wage theft supports the unequal distribution of wealth in our country, and further traps workers in precarious and dangerous situations. The kind of systemic change that we need will come from all of us uniting to empower those on the frontlines.

Your donation will allow us to win policies for full-time, family-supporting work.